In early 2013 the Sumpter Valley Railroad was contacted about the possibility of selling Denver & Rio Grande Western stock car number 5516 to a private collector. The car had been acquired from the Sundown & Southern collection in 2001, but little work or refurbishment had been carried out since it arrived at McEwen. The Board decided to deascension the car, and the railroad was further contracted to refurbish the car cosmetically for display. The new owner wanted the stock car to be represented as it would have looked early in its career which meant a new paint job in red as opposed to black, D&RG as opposed to D&RGW lettering, and modifications to the body, siding, and doors. 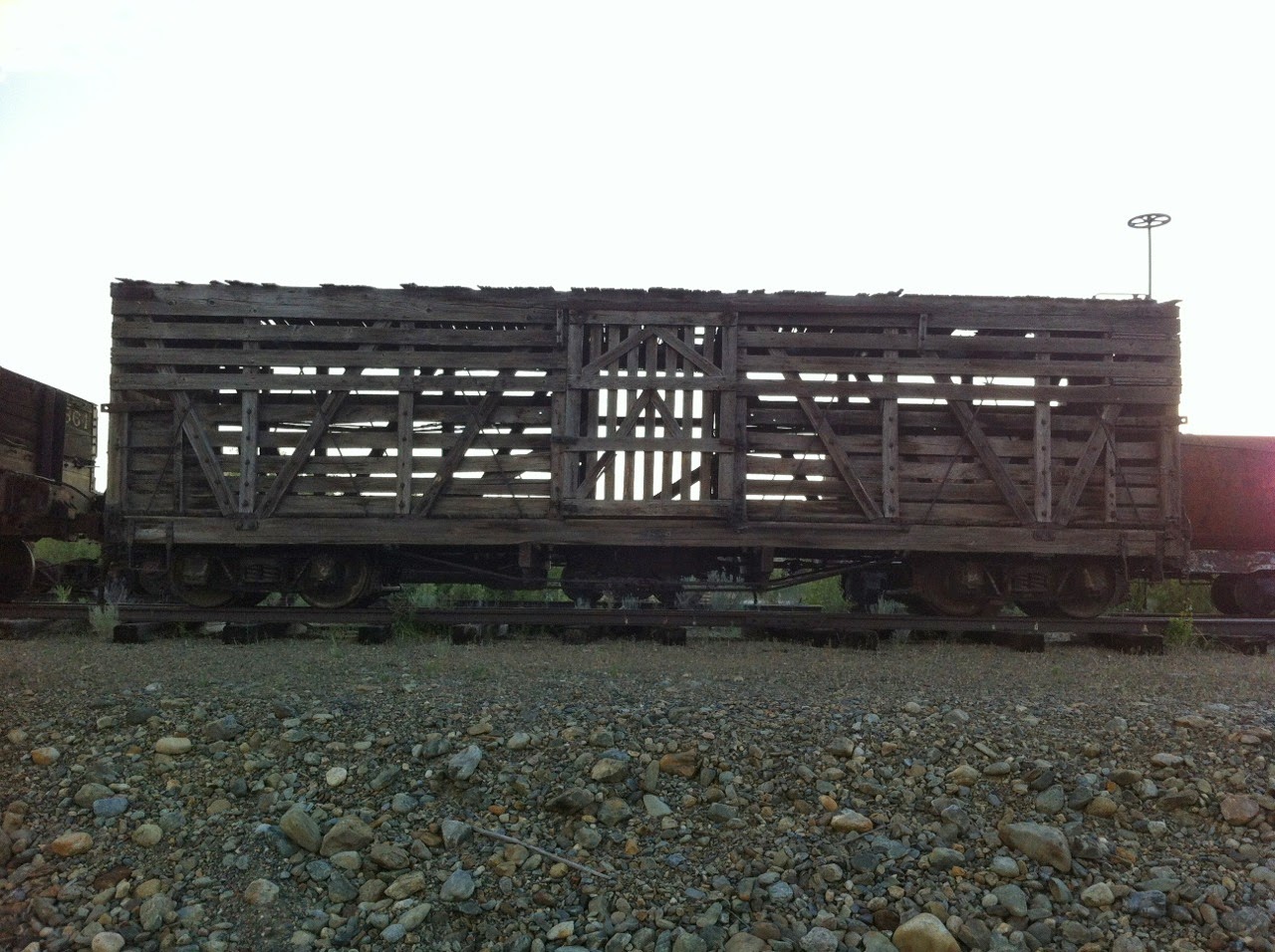 Number 5516 before work got underway. While the car was in rough shape, it was almost fully complete. 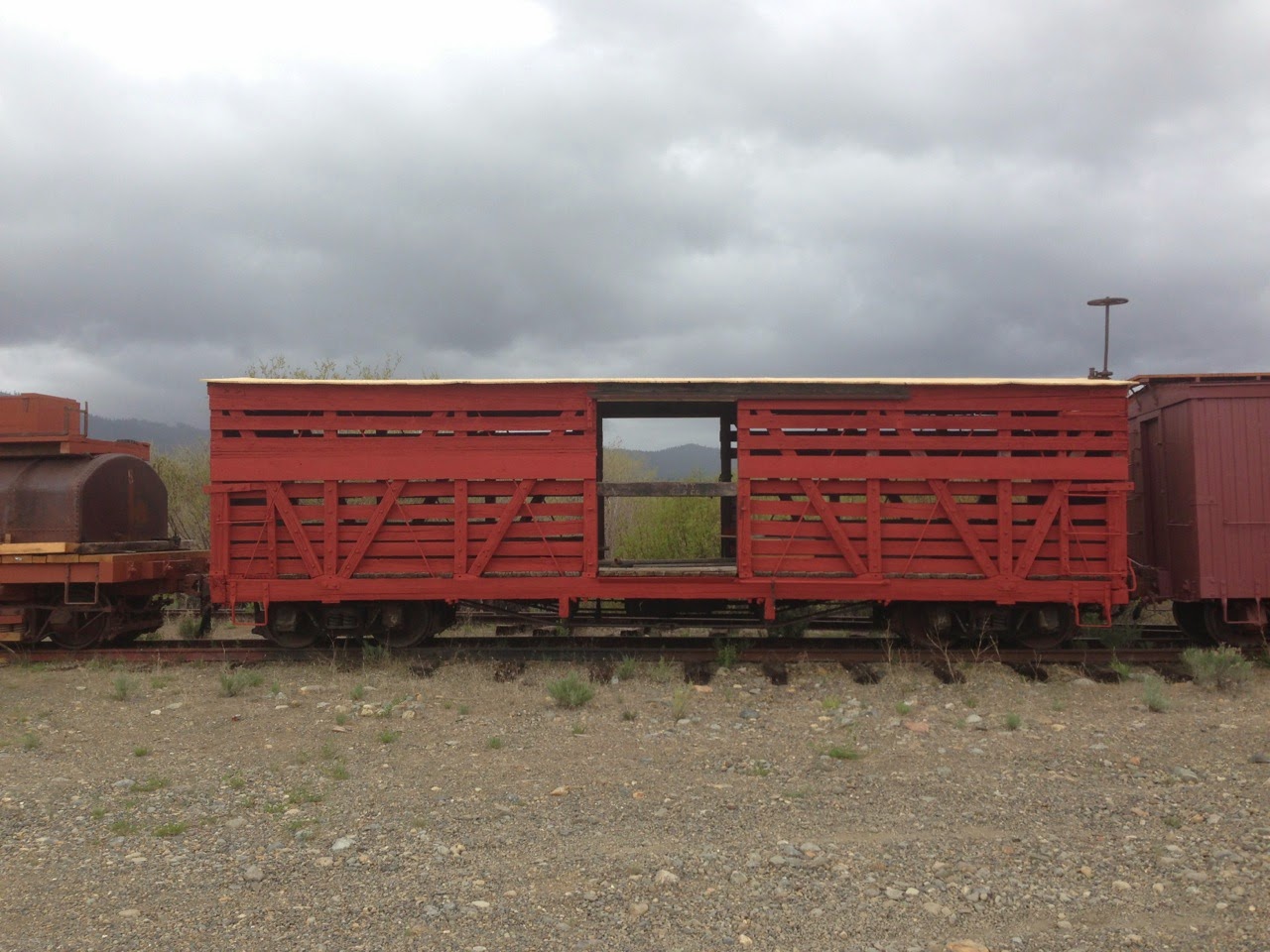 The car has been scraped down and has its first coat of red paint. The roof and most of the roof framing has also been replaced. 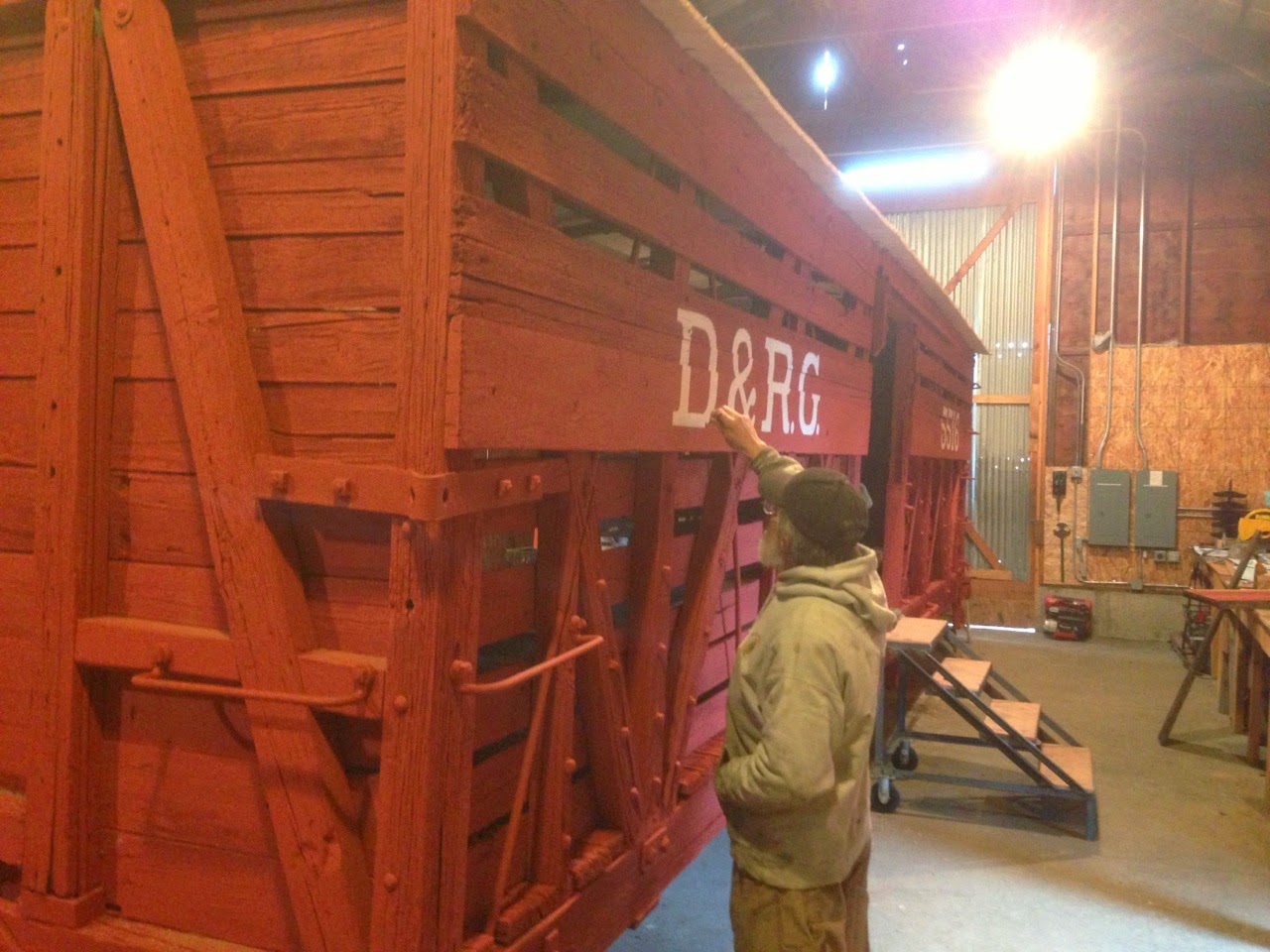 The name and number boards incorporate new and salvaged material. Eric Wunz is applying the old style D&RG that predates the 1921 reorganization where "Western" was added to the name. 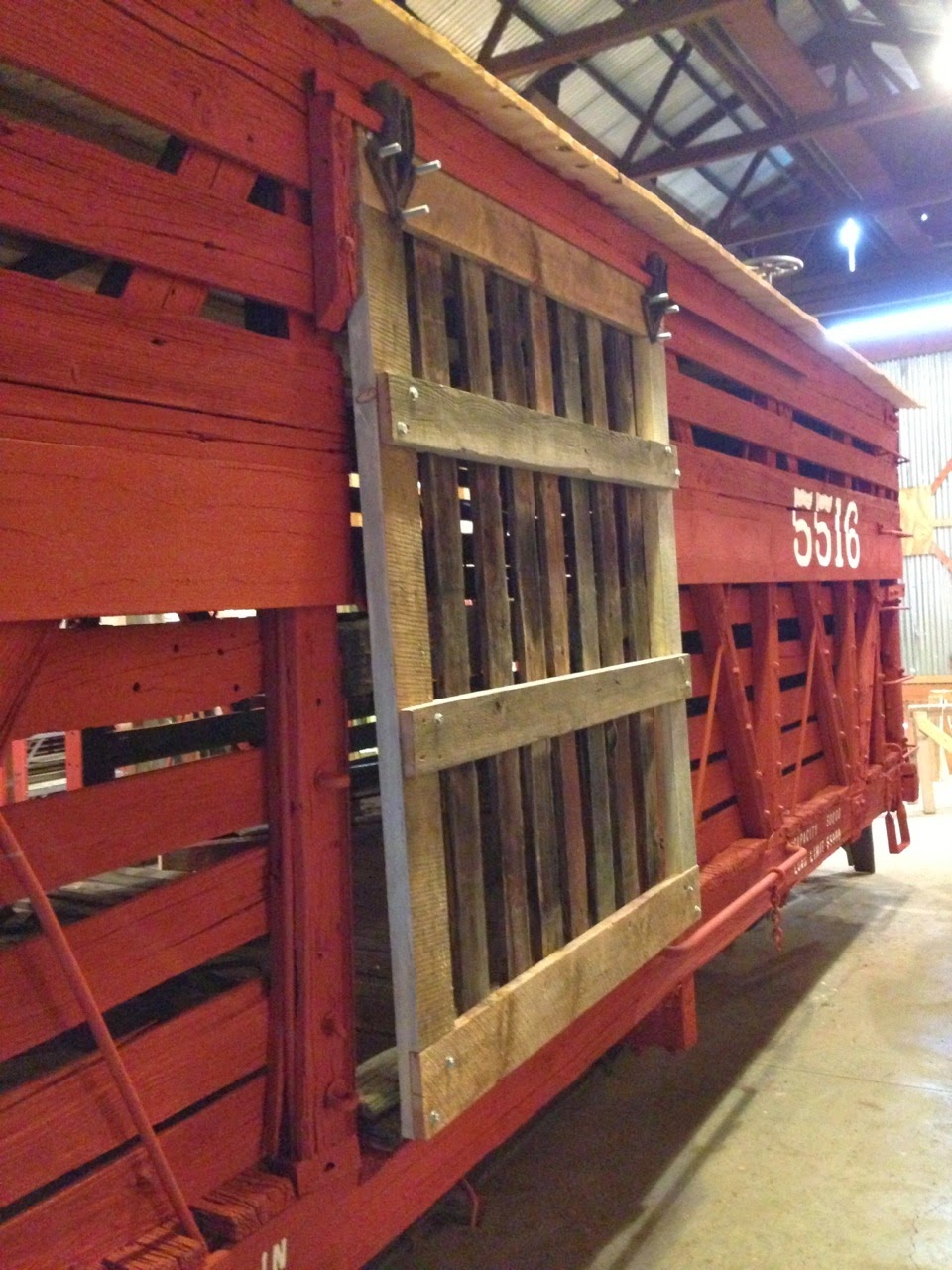 Test fitting the new sliding doors. These were built from salvage material to better match the rest of the car body. The later diagonal braces were not duplicated. 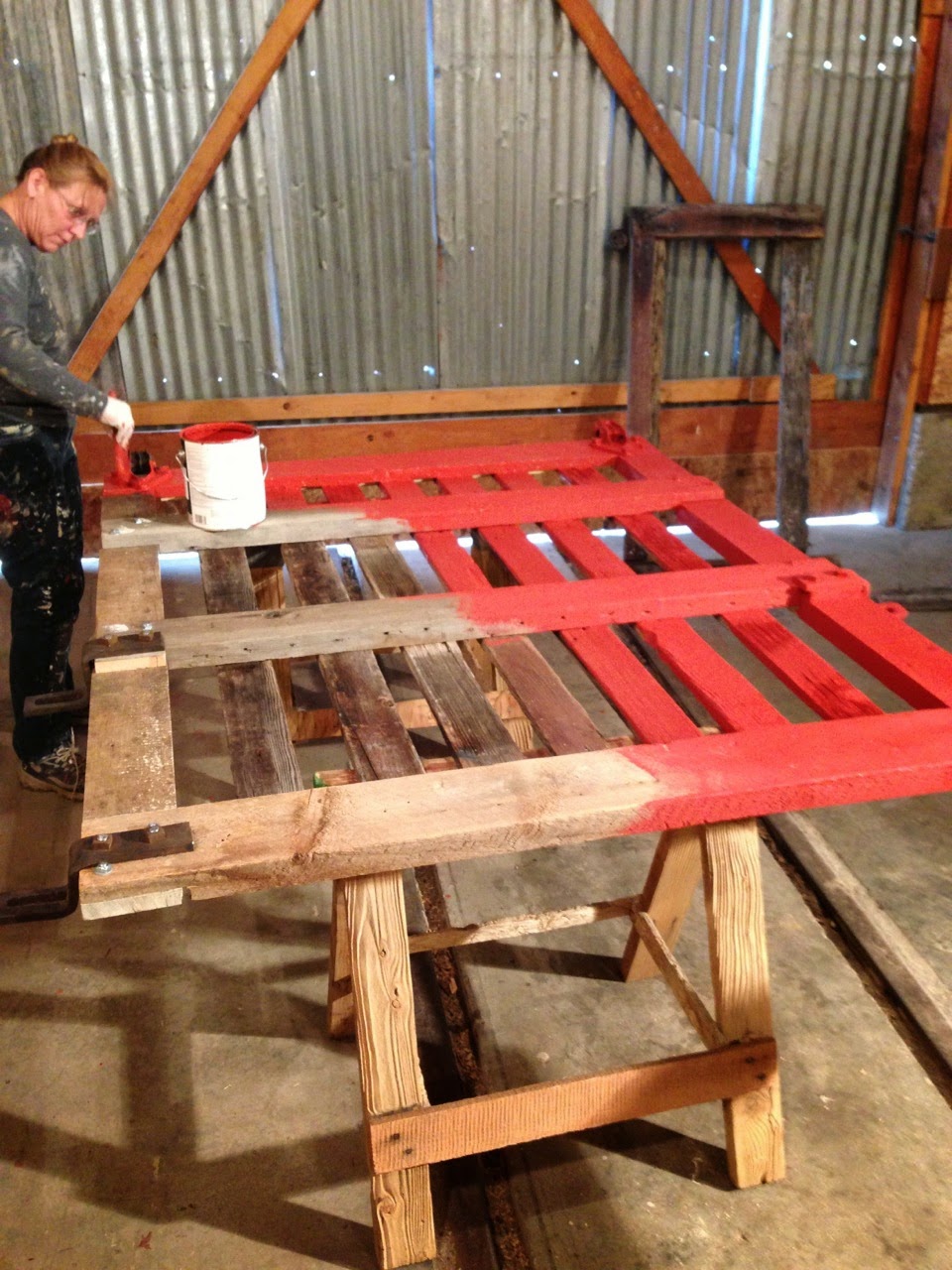 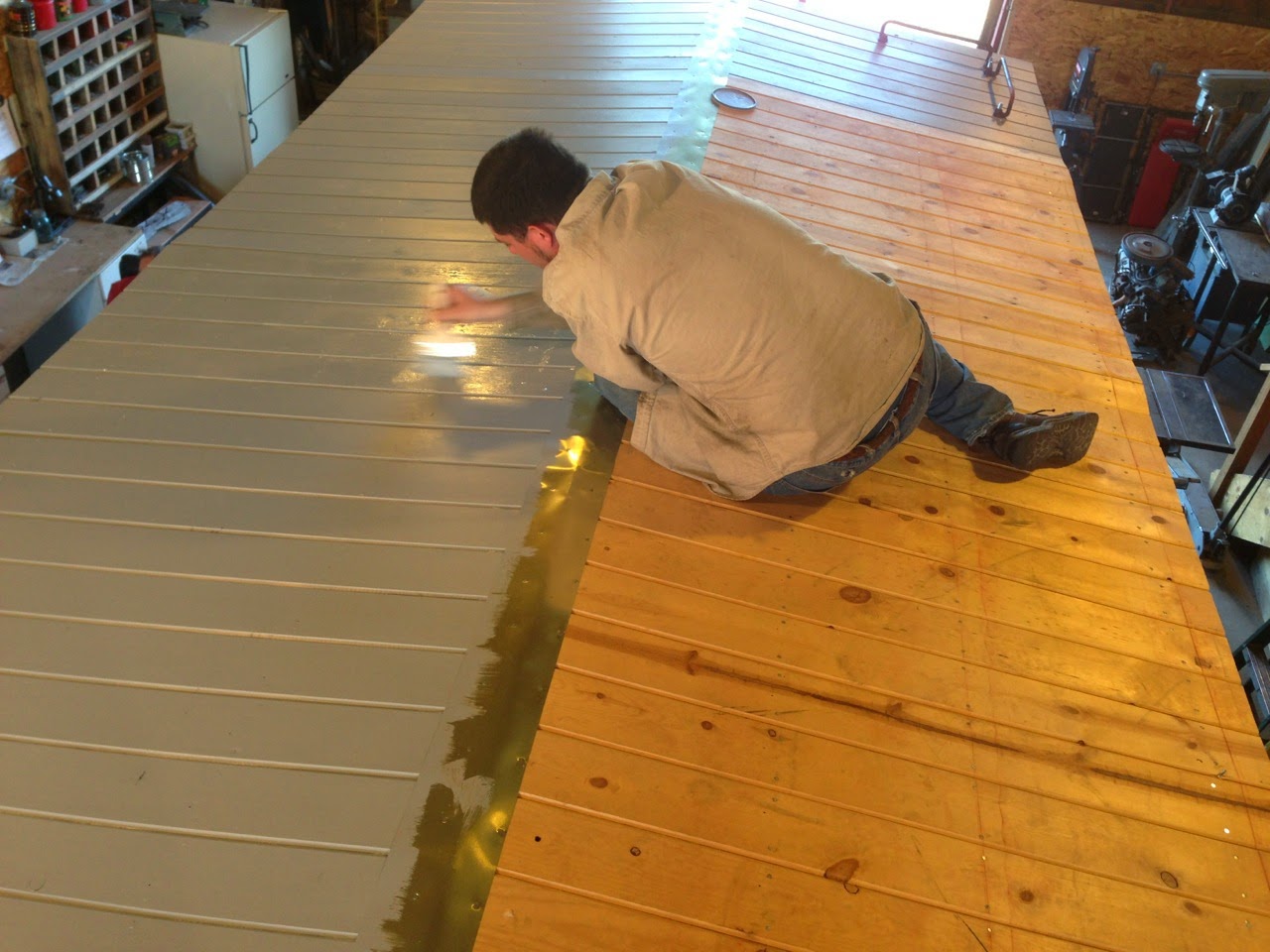 Mike Hughes is priming the stock car roof in preparation for paint. 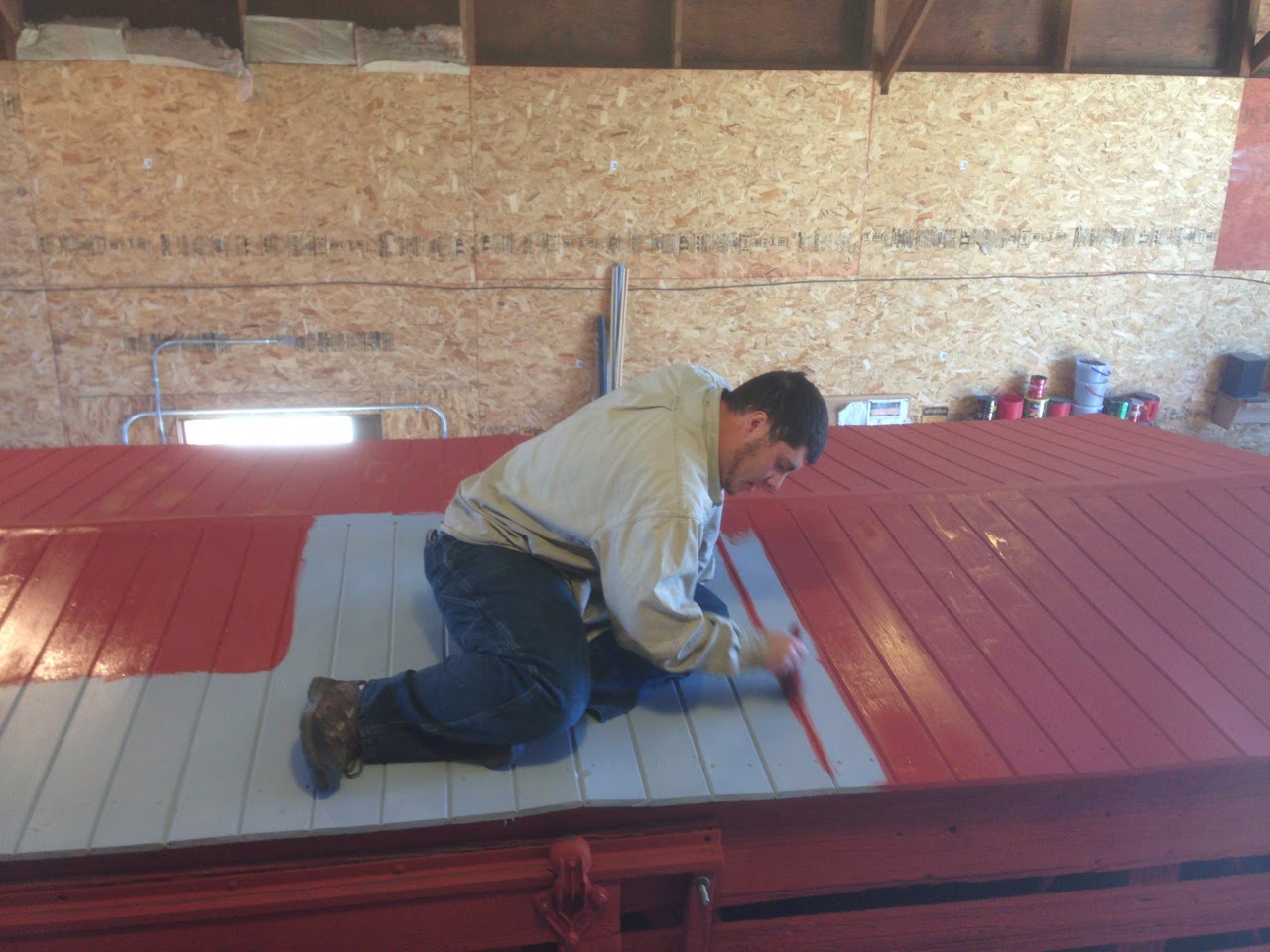 Mike applies the first of two coats of red paint. 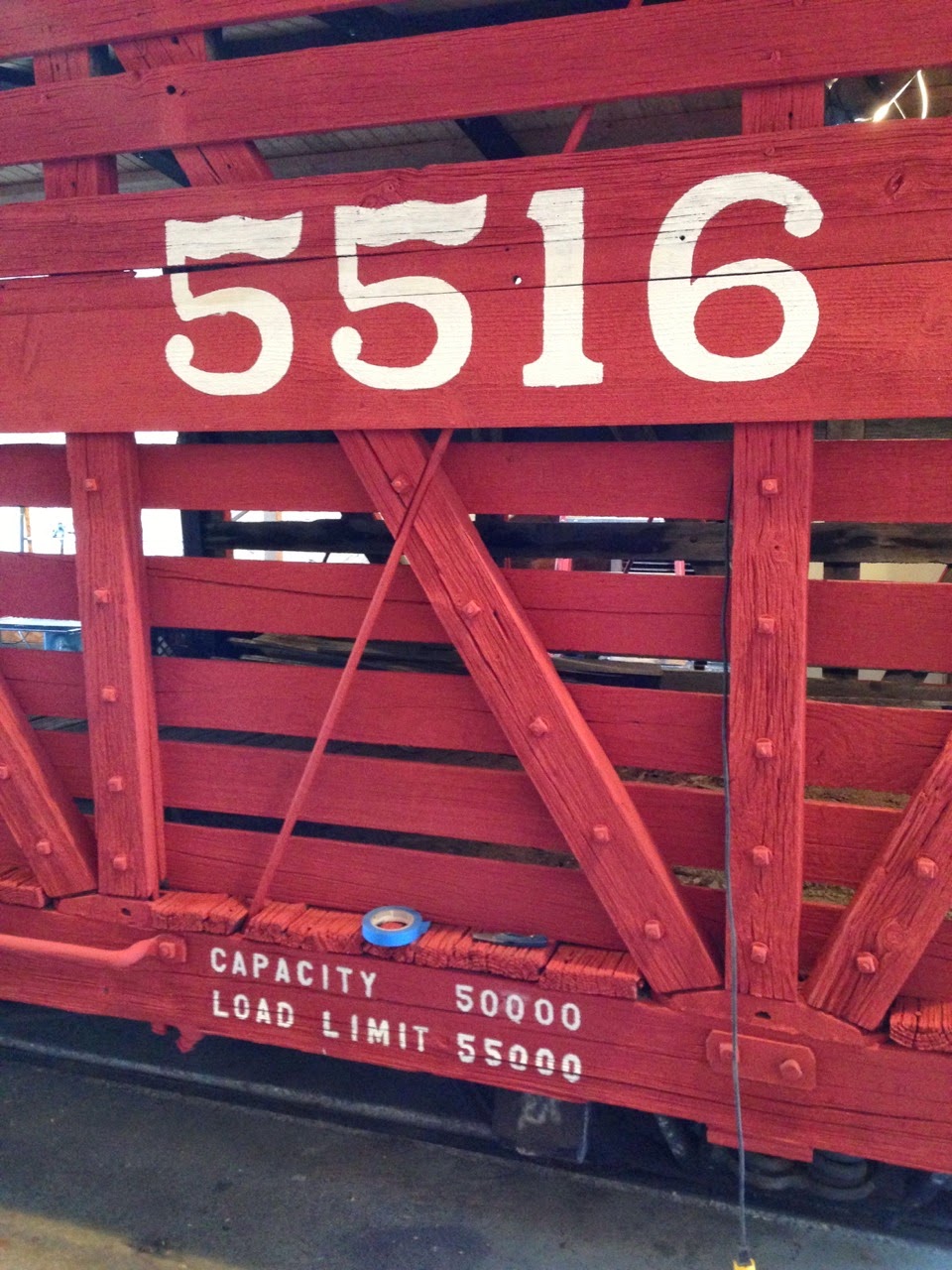 Capacity, weight, and car number are all based on the earlier lettering and numbering styles. 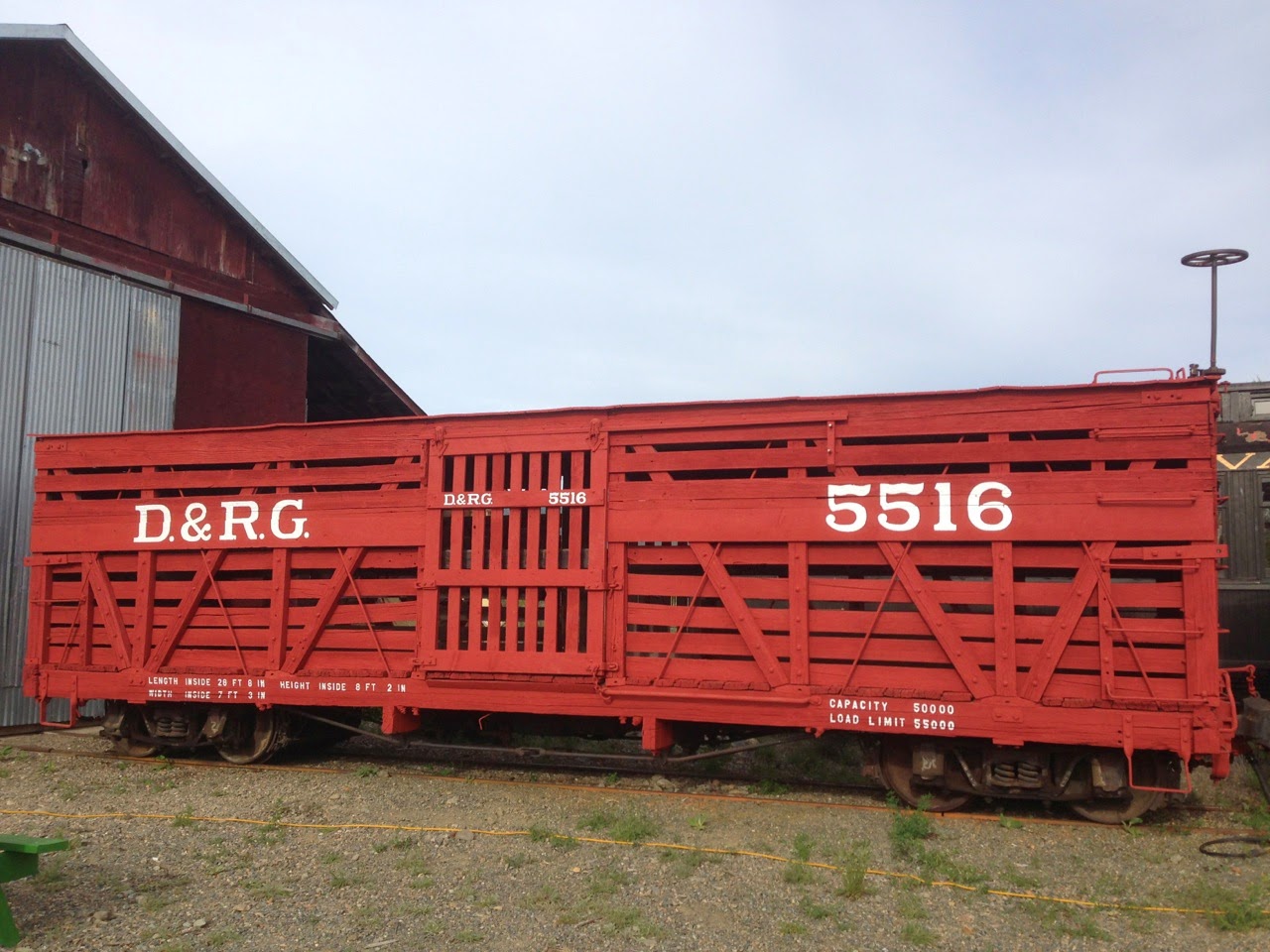 Number 5516 is drying outside of the carhop in McEwen. 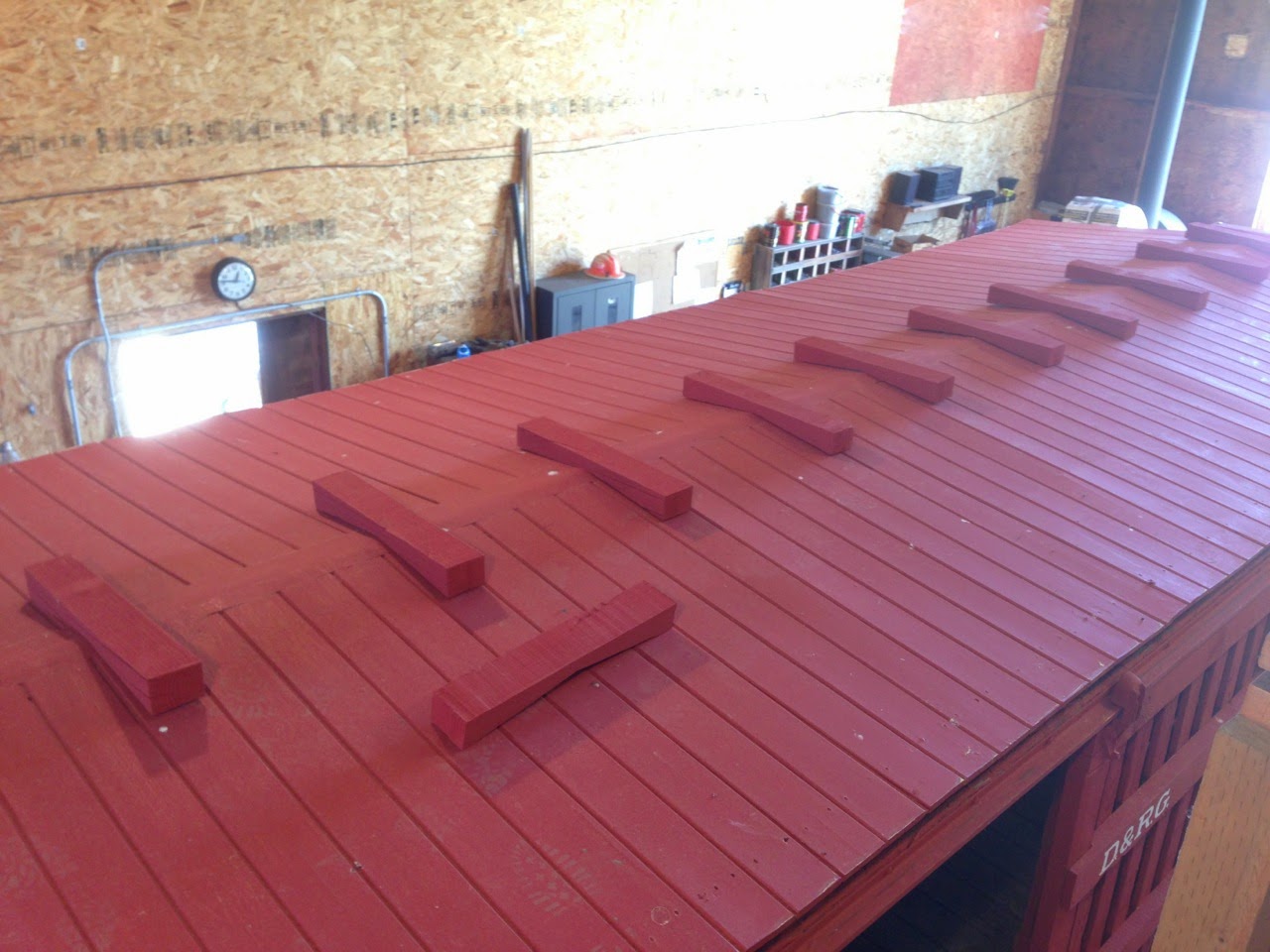 One of the last things to be completed on number 5516 was the fabrication and instillation of a new roofwalk to replace the unsalvageable original. 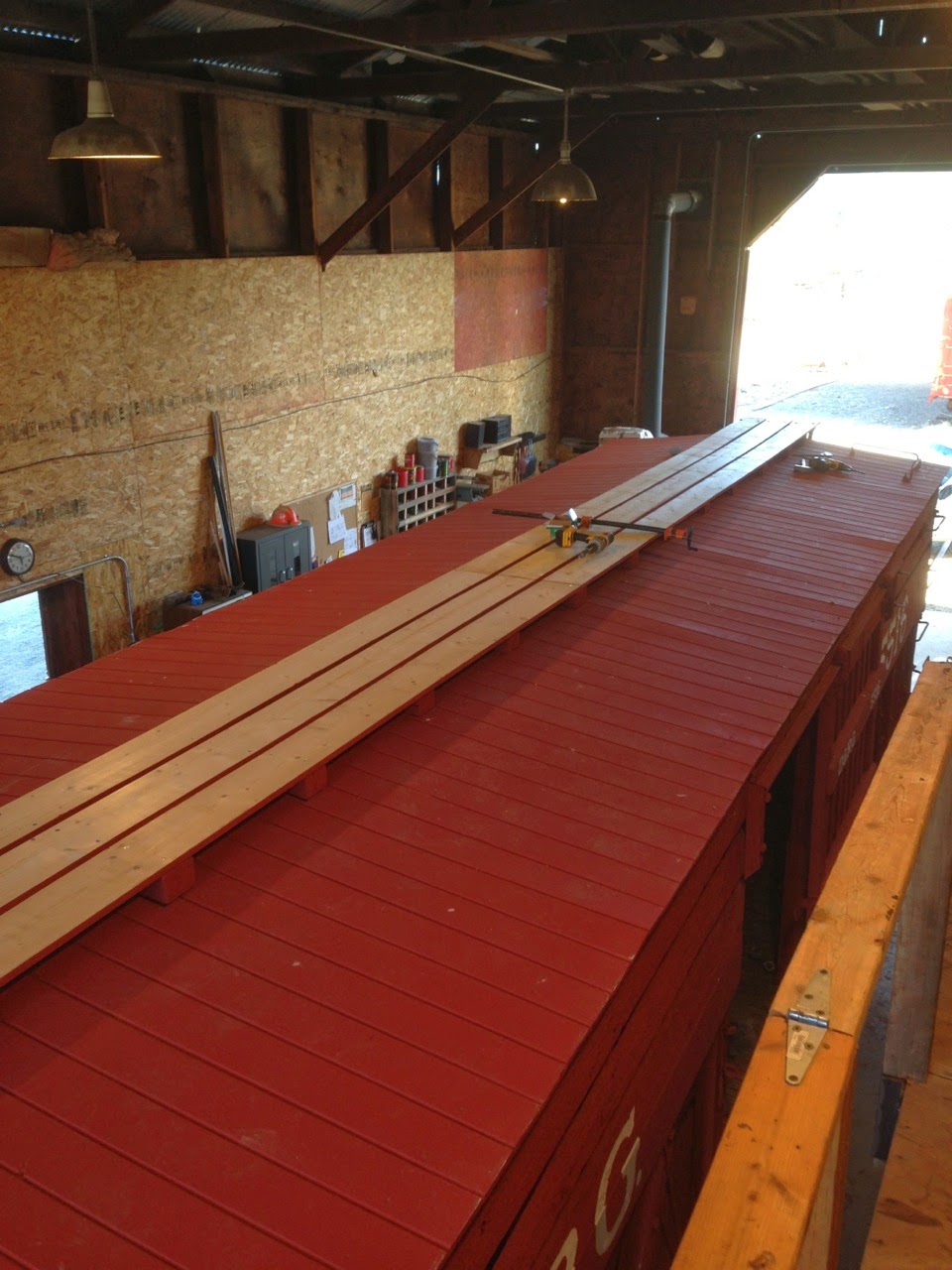 The new roof walk is in place and only needs the final coats of primer and paint. 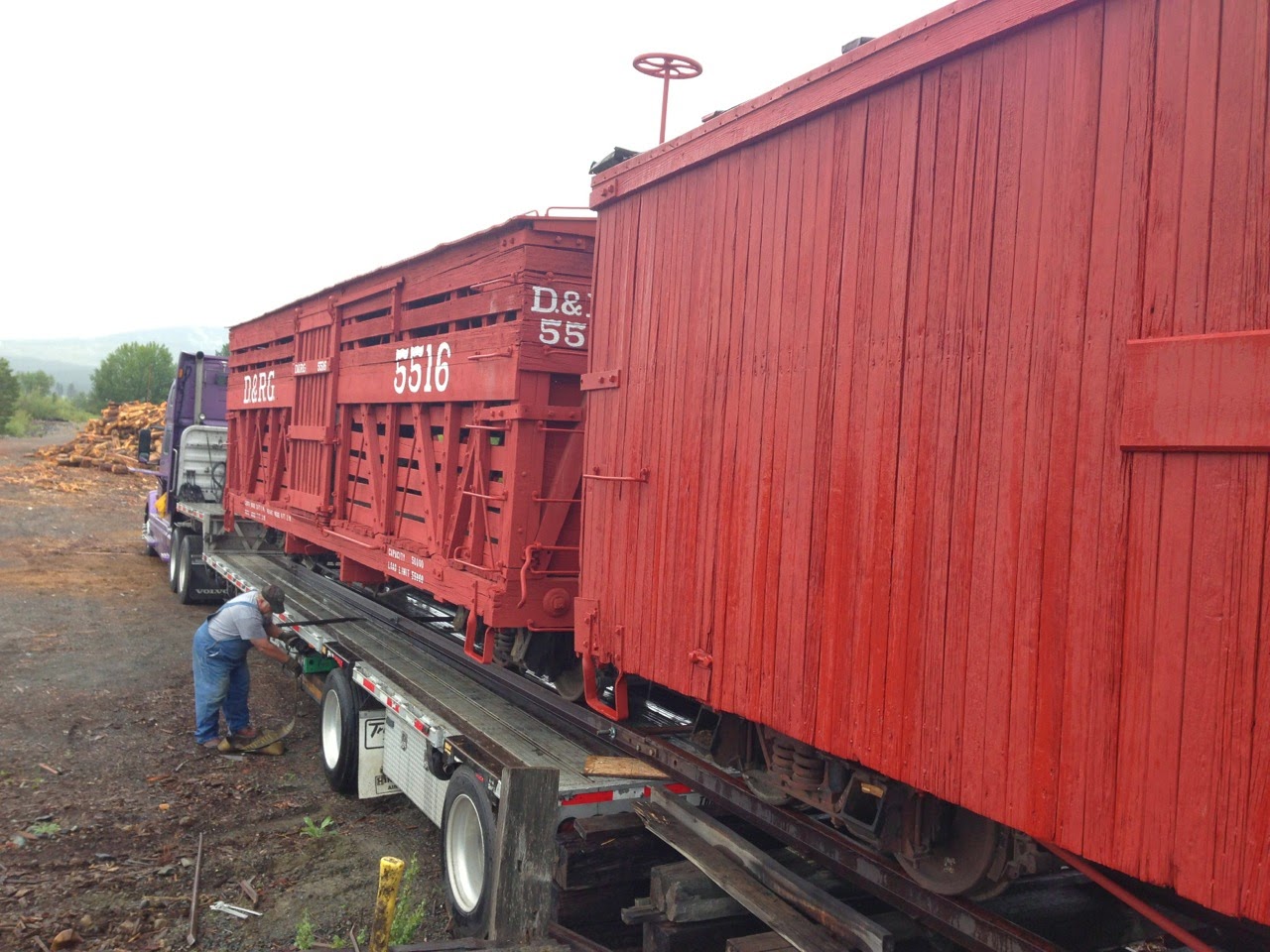 The freshly completed number 5516 is being loaded aboard the truck at McEwen. 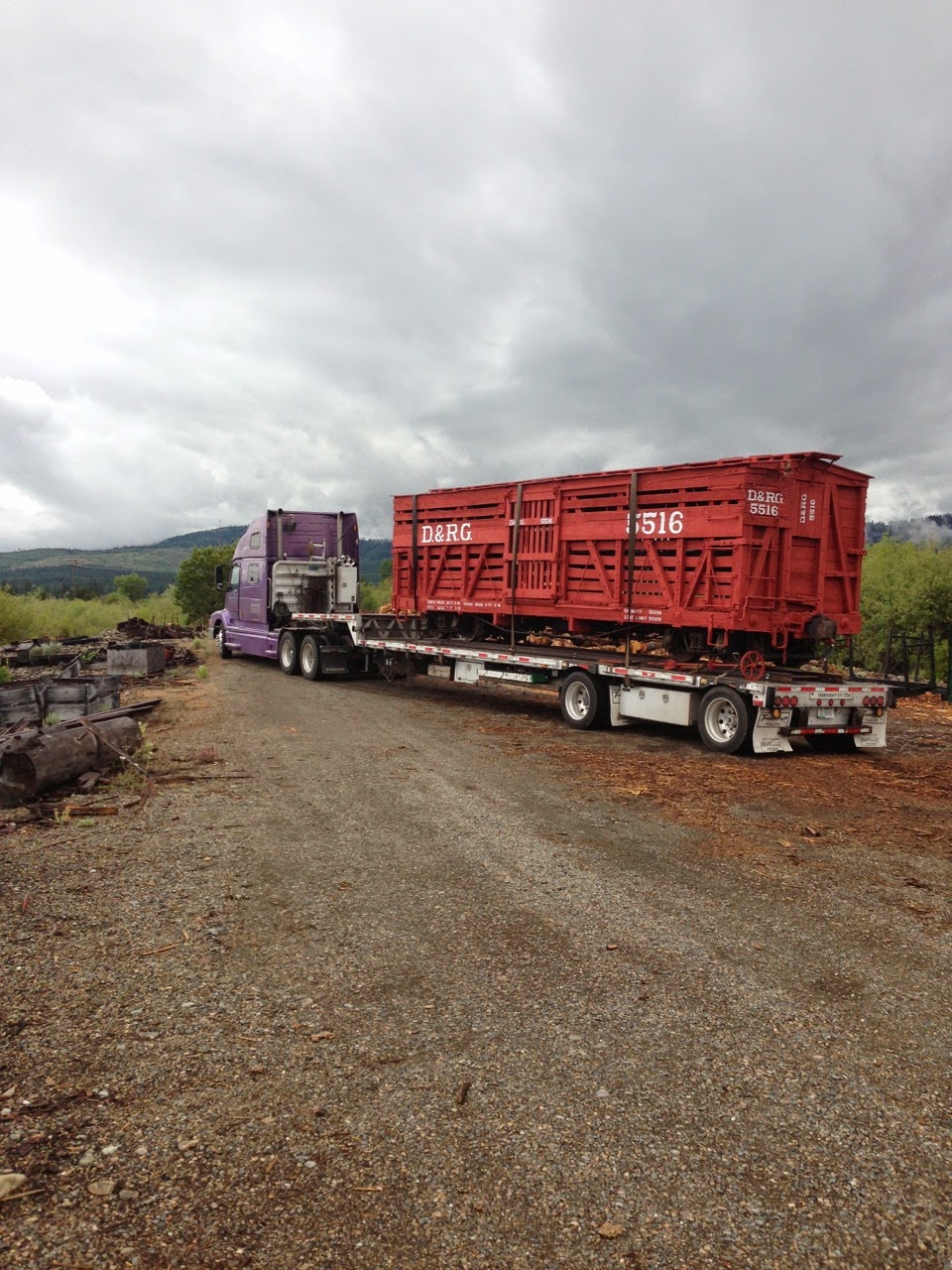 So long number 5516, you're headed back home to Colorado!